Luoyang Longmen Grottoes, All You Need to Know in 2021

The UNESCO World Heritage Site of Luoyang Longmen Grottoes is the incredible collection of tens of thousands of Buddhas carved into limestone cliffs. The carvings range in size from 2.5cm to a staggering 17 metres (57ft) and were carried out between 493AD to 1127 AD.

Longmen Grottoes are considered one of three famous similar China landmarks alongside the Mogao Caves near Dunhuang and Yungang Grottoes.

It’s also possible to take a river cruise in the summer months and admire the site from a different perspective.

The site runs from north to south with the Luoyang Longmen Grottoes predominantly located on the west bank of the river and a few over the bridge on the east side. The length of the site is 1km and the round trip is about 5km if you walk the whole thing (2km if you take the buggies).

After getting to the main entrance, the walk takes you along the West side of the river, where wooden steps and elevated walkways enable a closer look at the carved statues.

The Guyang Cave (Guyangdong or ‘Old Sun Cave’) is the largest and oldest of the Longmen Grottoes, with the first carvings being dated to 478AD. The central Buddha figure is 17 metres (57 feet) tall. To give you a sense of scale, the ears alone are over two metres tall!

As you make your way through the grottoes you will notice that many of the heads are missing or have been vandalized. Unfortunately during the “cultural” revolution, these were destroyed by over-zealous communists with no sense of history, much like ISIS desecrating antiquities in Iraq and Syria today.

Tours to the Luoyang Longmen Grottoes

Take the hassle out of visiting the Luoyang Longmen Grottoes with a tour. Our partners at Get Your Guide can offer tours starting from Luoyang or Xi’an. Click on the below links for details and price.

Tickets: The Luoyang Longmen Grottoes make an excellent day out and the 100RMB entrance ticket includes access to the beautiful hidden gardens as well as the multitude of caves and a small museum.

Facilities: There are toilets, gift shops and refreshment outlets scattered throughout the site.​

How to get to Luoyang Longmen Grottoes

Luoyang benefits from a great location in central China meaning nothing is off-limits. There is a small airport a few kilometres north of the city with daily flights to Beijing. However, Luoyang is best served by its two train stations (Longmen Station and Luoyang Railway Station).

You can reach Beijing in under four hours by fast train. Shanghai is five hours away and even Hong Kong is only eight hours by rail.

Tickets are cheap and the trains are modern and comfortable. If you want to save money on accommodation, simply book the overnight trains and travel in comfort, waking up at your destination.

For more information on train travel, see my article covering all you need to know about taking the train in China.

Getting to the grottoes:

To get to Longmen you can take bus number 60 from Mudan Square or anywhere on Nanchang Road (60 minutes – 1RMB) or take a taxi (30 minutes – don’t pay more than 50RMB).

See the stunning White Horse Temple with its Chinese, Thai, Indian and Burmese temples scattered throughout the grounds.

Visit the tombs of Emperors and admire thousand-year-old frescoes at the Luoyang Museum of Ancient art.

Hang out with martial-arts monks at the Shaolin Monastery, the birthplace of Kung-Fu!

Need a VPN for China? Check out which will be the best for you: Best VPN in China.

Looking for more things to do in China? Check out this list of amazing China landmarks or these incredible landmarks in Asia! 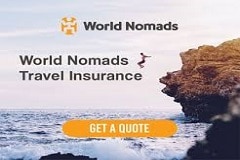 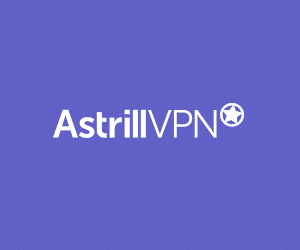