Helsinki to Tallinn Ferry (All You Need to Know) 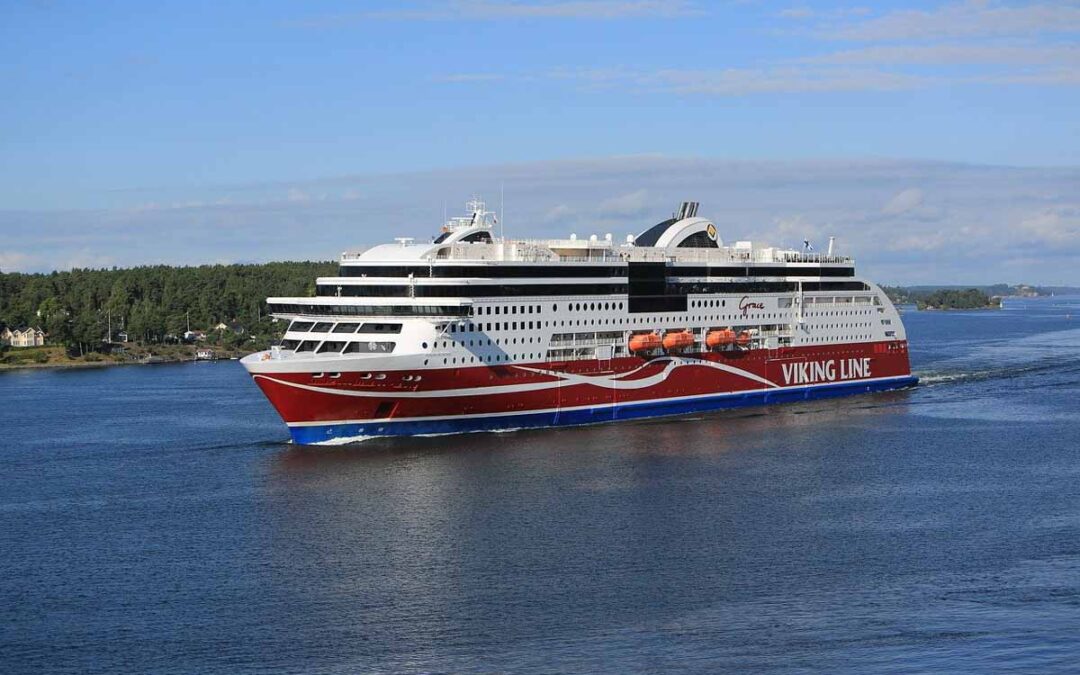 What’s the easiest and quickest way to get between Helsinki in Finland and Tallinn in Estonia? That’s right, it’s the Helsinki to Tallinn Ferry (well, ferries)! The distance between the two cities is only 90km across the Gulf of Finland.

It takes only two hours so it’s quicker than flying as the “check in” is much quicker than at the airport and the ports are within walking distance from their respective town centres.

How long does the Helsinki to Tallinn ferry take?

The fastest crossing is two hours.

How many ferries are there per day from Helsinki to Tallinn?

There are over ten sailings per day.

How much does the Helsinki to Tallinn ferry cost?

Prices start from as little as €15 per person for a foot passenger.

Where can I buy tickets for the Helsinki to Tallinn ferry?

You can book online using Direct Ferries or buy at the port.

Why take the Helsinki to Tallinn Ferry?

There are many reasons for a day trip (or longer) to Tallinn while in Helsinki. The medieval old town is beautiful, with expansive views across the gulf. There are plenty of attractions in the city including many wonderful traditional restaurants.

It’s no secret that Scandinavia, and Finland in particular are expensive, so taking the trip to Estonia is a great way to have a day out for a fraction of the cost (and stock up on cheap booze if you feel so inclined).

About the Helsinki Tallinn Ferry

There are three companies that operate Helsinki to Tallinn ferries; Tallink Silja Line, Viking Line and Eckero Line. There are 13 sailings a day currently (spring 2020) and sailings will increase as we come into summer and this article will be updated with new timetables. See below for current timetable.

Eckero has three sailings per day.

Viking Line has only two sailings per day.

How long does the Helsinki to Tallinn Ferry take?

How to buy tickets for the Helsinki to Tallinn Ferry

You can purchase tickets at the port in Helsinki, however as the route sells out it’s best to book in advance and this can be done online through companies like Direct Ferries.

Prices start from 15 Euros one-way for a foot passenger.

How to get to the Helsinki Ferry Terminal

How to get there: The West Harbour is walking distance from the centre of Helsinki. You can also take Tram 6T and 7 to the Terminal (final stop).

Viking Line ferries depart from Terminal A right in front of the market square in central Helsinki.

How to get there: The West Harbour is walking distance from the centre of Helsinki. You can also take Tram 5 to the Terminal (final stop).

Check-in opens 2 hours prior to departure.

Tallink Silja Line ferries arrive at Terminal D in Tallinn which is a 15 minute walk southwest of the old town. Bus 2 leaves from Reisisadam at Terminal D.

Eckero and Viking Line ferries arrive at Terminal A which is closer to the old town and train station. Bus 2 leaves from Reisisadam at Terminal A. Trams 1 & 2 leave from stop Linnahall.

Things to see in Tallinn

Now you’ve worked out how to take the Helsinki to Tallinn ferry, check out my One Day in Tallinn article for a quick itinerary. Below are some of the top attractions:

Here at thetripgoeson we love sea crossings. If you are looking for something a little more adventurous than the Helsinki Tallinn ferry, why not check out these other routes:

Crossing the Caspian Sea from Azerbaijan to Turkmenistan by cargo ship.

Crossing from Qingdao in China to Seoul in South Korea by ferry.

Hydrofoil between South Korea and Japan

Travelling by container ship to one of Japan’s remote islands in the Pacific.